Irrigating wheat crops across dryland belts from Sub-Saharan Africa is vital to realize higher yields, strengthen drought resilience and expand production into new areas. The limited supply of freshwater for agriculture, and cost of extraction, storage and delivery, however pose major challenges and make that the resource has to be exploited in the best way possible. Most wheat farmers in Africa perform flood irrigation where an entire field is covered under a blanket of water and where flows across the soil surface are not controlled. This traditional method has the disadvantage of consuming large volumes of water to improve soil moisture and crop productivity, and also carries substantial risks of soil water logging and salinization. Furrow irrigated raised bed cultivation is a highly efficient technique involving engineered soil surfaces and controlled dispensation, which ensures farmers don’t utilize more water than is actually needed. Planting beds and irrigation furrows are easy to construct with locally available tools and can be maintained over several growing seasons. The savings in water achieved by this technique substantially decrease the cost of production and the pressure on resources in dryland wheat growing areas.

This irrigation technique consists of making the soil surface into beds of 40-130 cm wide and 10-20 cm tall with furrows of 20-50 cm wide in between that run parallel to the slope or contours of a field. Crops are planted on top of the beds and water is fed to the furrows, which ensures fields get irrigated evenly and soils maintain ideal moisture conditions. Low amounts of water are needed for raised bed furrow irrigation since the wetted area of the field is small and the hydraulic resistance is high. The engineered surface promotes the collection and infiltration of rainwater which results in decreased soil erosion and irrigation water needs. Raised beds draw up water through capillary forces and evapotranspiration thus preventing damage to wheat crops by water logging. Unlike in the case of blanket flooding, furrow irrigation allows farmers to apply water and fertilizers on wheat crops when grain heads have formed without the risk of lodging (stem bending). In this way the technique can maintain optimal soil moisture and nutrient availability throughout the season, ensuring that high grain yields and returns on investments are realized.

Cultivating wheat on furrow irrigated raised beds is suitable where blanket flooding is traditionally performed, and where freshwater resources are limited or water lifting is expensive like for winter production. The technique offer major advantages where frequent droughts occur because small amounts of water can be applied to compensate short-term rainfall deficits. It is possible to install raised bed and irrigation furrows on soils with a sandy, loamy or clayey texture which are commonly found across lowland and highland areas of Sub-Saharan Africa. Land slopes should be less than 3%, otherwise the strong flow of water can breach the beds and cause erosion. Furrow irrigation is not appropriate where underground sodium deposits are present since the wetting of soil will make that salts get drawn up into the root zone (salinization) and damage crops grown on the terrain.

The dimensions of the planting beds and irrigation furrows are determined by factors such as soil texture, rainfall conditions, groundwater levels, irrigation water quality, space between wheels of a tractor and requirements of other crops grown alongside. In sandy soils water infiltrates rapidly so the furrow length should be short and its breadth narrow for water to reach the downward end of the field. In clay soils the infiltration rate is slow so the furrows should be long and wide for slowing down the flow of water. Improved varieties of bread and durum wheat that possess high yield potential, heat tolerance and pest resistance have to be cultivated in order to maximize the profits from the furrow irrigated raised bed system. Multiple rows of wheat are planted on top of the raised beds and the spacing can range from 12 cm to 18 cm without differences in productivity. Next to wheat the bed-furrow system is suitable for rotating crops like rice, cotton or legumes.

Before constructing raised beds and irrigation furrow the cropland needs to be visually inspected for identifying the slope and direction of water flow. On fields with a less than 0.5% gradient the bed-furrow design has to be parallel with the slope, and when greater than 0.5% it needs to be parallel with the contours. Soils are prepared by clearing rocks and tree trunks, tilling up to a depth of 20cm and harrowing to break up large clumps. At the higher end of a field a distribution channel is installed and at the lower end a drainage collector, keeping the slope at a minimum so water is evenly spread. Soil in the furrows is put on top of the raised bed with a handheld hoe or tractor-mounted plough, and then levelled with a harrow. Mulch or plastic sheets can be used to cover the beds which keeps the engineered soil surface intact for longer or permanently. Farmers need to apply inorganic fertilizer, animal manure or surface mulch at recommended rates for realizing high grain yields and water use efficiency. Weeds growing in the furrows can be removed manually or mechanically, and those in between the crop can be controlled by spraying the beds with herbicide. Weed encroachment and costs of removal can be substantially reduced by planting wheat cultivars that rapidly cover the soil surface.

Startup Requirements
Wheat farmers will adopt furrow irrigated raised bed systems if these preconditions are met: 1) Value chain actors understand the benefits of the technique on grain yields, water use and climate adaptation, 2) Advisory and machinery is available for the construction of engineered soil surfaces and water supply systems, 3) Financial support for the improved irrigation technique is offered in the form of loans or subsidies, and 4) Secured purchases of high quality bread and durum wheat by food processers and markets at competitive prices.
Production Costs
Farmers performing traditional flood irrigation can adopt the improved technique at no additional cost to infrastructure or machinery, but installing the beds and furrows requires significantly more labour. Bare soil planting beds need to be constructed anew after one to three growing seasons, thus attracting a recurrent cost. Sheet plastic used to make permanent raised beds is costing around US $360 per hectare, whereas mulch can be less or more expensive depending on the quality and sourcing distance. Installing beds, furrows and distribution channels is less expensive than the infrastructure for sprinkler and drip irrigation systems. Between US $100 to $250 per hectare is typically spend on water from planting to harvesting of wheat under this improved technique, but in some cases this can be more. The total cost of labour and inputs for irrigated raised bed cultivation is just under US $300 ha-1 in other parts of the world, compared to US $383 ha-1 for flatbed systems.
Customer Segmentation
Small-scale, cooperative and commercial wheat producers, Agricultural extension agencies, Private service providers
Potential Profitability
In mid-altitude highland wheat farming systems of Ethiopia it has been found that raised bed furrow irrigation consumes 28% less water and yields 27% more grains compared to traditional flatbed planting and blanket flooding methods. The combined use of improved varieties, inorganic fertilizers and furrow irrigation by farmers in Sudan is realizing an average wheat grain productivity of 3.7 ton ha-1 instead of 1.4 ton ha-1 without adopting these technologies. If appropriately implemented, furrow irrigated raised bed systems reduce the seed rate by 30 to 50%, and avoid the risk of yield loss due to water logging. On permanent beds the production cost of wheat and rice rotations can be decreased by up to 25% over the conventional flatbed technique. This improved cultivation technique allows using mechanical weeders to remove grassy weeds from the furrows and thereby brings down costly applications of herbicide agents.
Licensing Requirements
The construction of beds, furrow and feed-in channels does not need approval in most African countries. Licences for installing irrigation equipment and extracting water from rivers or groundwater need to be obtained from national and local regulatory agencies.
Innovation as Public Good
Furrow irrigated raised bed cultivation techniques for wheat are a Regional Public Good, and ICARDA has the responsibility of developing and disseminating knowhow about appropriate implementation thereof. The intellectual property of water lifting and distribution systems that are commercially marketed is usually owned by the manufacturer. 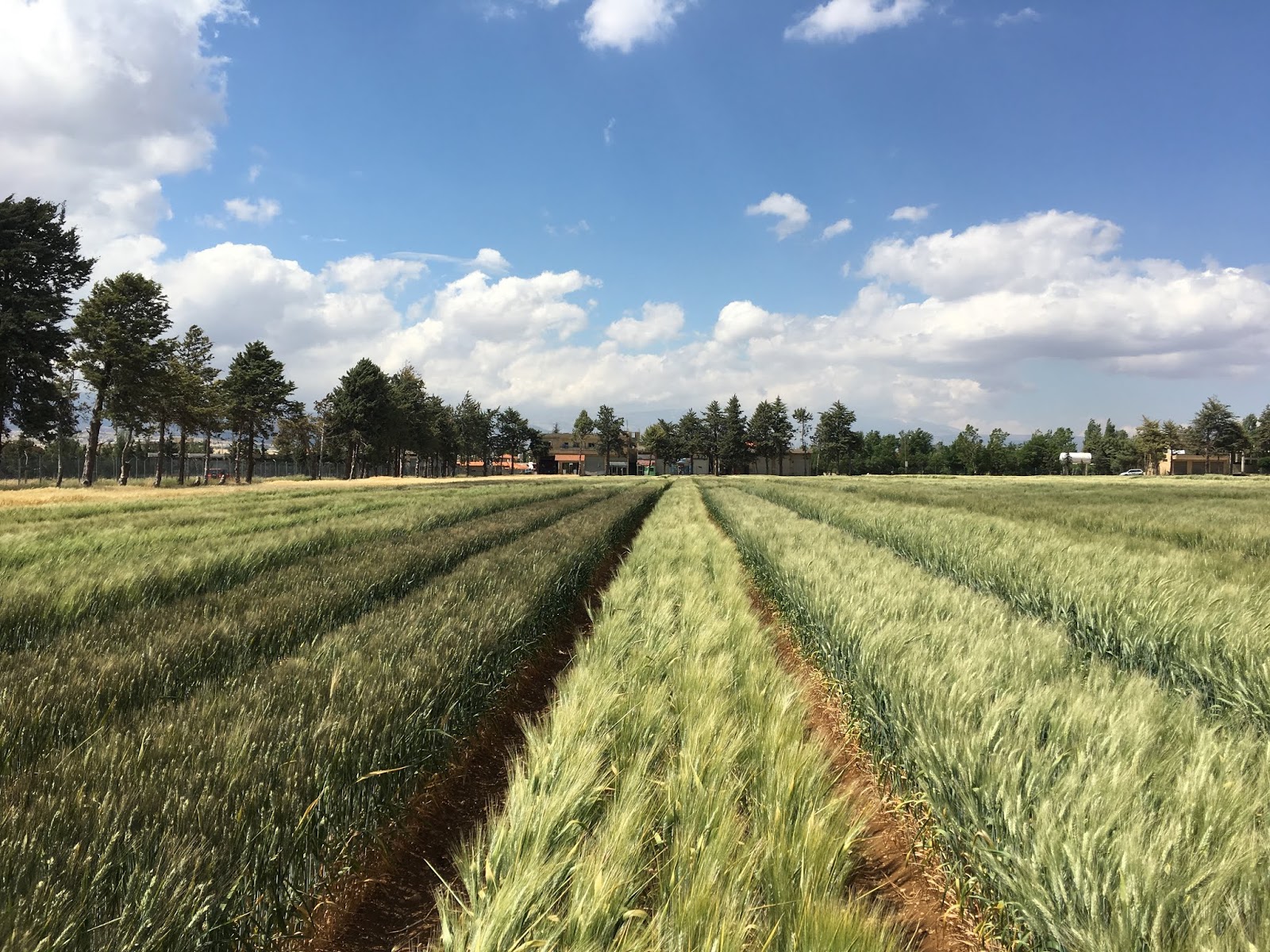