Heat and drought stress are forming two of the main environmental constraints on wheat production in Sub-Saharan Africa. For example, in Sudan temperatures often exceed 41°C and this severely undermines the flowering and grain-filling stages of wheat, leading to low national average of only 2 ton/ha, and often total crop failure. The increasing occurrence of extreme heat and drought spells due to climate change is making this situation even worse. More precisely, a 1°C rise in average temperature is known to decrease the productivity of wheat by 3-10%, and when 4°C warmer the crop’s productivity drops by a whopping 34%. The International Center for Agriculture Research in the Dry Areas (ICRARDA), in partnership with National Agricultural Research Systems, has developed a series of heat-tolerant wheat varieties that were successfully released across countries in the Sahelian zone. These improved lines of wheat are able to withstand temperatures that are 4°C higher than normal which offers real advantage for production zones subject to heat at critical times during the growing season. Higher and more stable yields over successive growing seasons are achieved by farmers that cultivate heat-tolerant wheat varieties, reaping up to 6 ton/ha. Expansion of the area planted to newly released lines of wheat that withstand heat stress has led to the replacement low-yielding and less adapted genotypes, and significant increases of wheat production in the Sahel over the past few years.

Breeding for heat-stress tolerance in wheat varieties is achieved through conventional methods, including multi-location screening, shuttle breeding, double haploids, marker-assisted selection and key location phenotyping. The key mechanisms against heat and drought stress of improved lines are super-early maturing traits (within 90 days), next to canopy structure and thermostability of physiological processes. Farmers in Sudan who use these newly developed wheat varieties, together with best agronomic practices, have managed to increase wheat grain harvests from 2.5 ton/ha to 5 ton/ha. Drought resistant varieties were developed that achieve 75% of their yield potential with less than 200mm of moisture and heat stress, whereas common non-improved varieties show a 50% yield loss under those extreme conditions. Various other improved traits can be stacked in lines of wheat that possess heat stress tolerance, including high water use efficiency and immunity to diseases and pests like yellow stem rust. Before heat tolerant varieties are released there is need for participatory testing so that its agronomic and nutritional characteristics match the preference of farmers. It is important to pre-select wheat varieties (and crop management techniques) for specific growing areas so it is simpler to evaluate and promote the technologies with farmers.

Wheat varieties that can withstand heat and drought stress offer large benefits for production in all growing areas of Sub-Saharan Africa because extreme temperatures and reduced precipitation are occur widely and more frequently due to climate change. This suitability includes rain-fed systems cultivated during summer months in Ethiopia, Eritrea, Kenya, Uganda, Rwanda, Burundi, Tanzania and South Africa, as well as irrigated systems cultivated in the dry winter months across lowlands from Zambia, Zimbabwe, Malawi, Madagascar, Mozambique, Nigeria, Senegal, Mali and Sudan. Owing to the trait of heat tolerance it is also possible for farmers to grow wheat crops in non-traditional locations such as dryland regions in the Sahel characterized by temperatures of 30-40°C and rainfall below 250mm.

Since 2013, more than 30 climate resilient wheat varieties that combine high yield potential, and heat and drought tolerance have been released by ICARDA across countries in Sub-Saharan Africa. This collection of lines is characterized by an early harvest maturity (90-100 days), morphological and physiological protection mechanisms against extreme temperature and low rainfall, and good bread-making quality (14-15% protein content). Resistance to stem rust diseases like Ug99 that are common across Eastern and Southern Africa is possessed by a series of heat and drought tolerant varieties that were developed through conventional breeding or genetic modification.

Seed multiplication of heat and drought tolerant wheat varieties in Sub-Saharan Africa, like elsewhere in the world, is done by private companies, and commercial and small-scale farmers themselves. The process is the same as for other cultivar, and involves 3-4 growing cycles starting from breeder seed which is provided by national and international agricultural research centres. In a first step, (pre-)basic seed is produced that gets carefully inspected for deviances for ensuring true-to-type seed passes on. The basic seed is then planted again to produce certified seeds for distribution and sales. Farmers can use certified seed from wheat crops for maintaining a stock of planting material through different in-field techniques, such as the ear-to-row method where a number of well-performing ears is separated and planted in single line row. Heat and drought tolerant wheat varieties are cultivated on farmer fields using the same planting density and mineral fertilizer input as other improved cultivars, following local recommendations. Further agronomic interventions such as reduced tillage, permanent soil covering, raised bed planting, soil fertility management, integrated pest management and efficient irrigation systems are typically needed for achieving maximal yields and strengthening resilience of the cropping system.

Startup Requirements
Rapid and widespread uptake of newly developed heat and drought tolerant wheat varieties requires: 1) Identifying high yielding lines with stress resistance that are adapted to local growing conditions and fulfil preferences of farmers and markets, 2) Provide breeder seed and capacity building to private companies and (non-)governmental agencies to ensure accelerated production of high-quality certified seed, 3) Enacting stable agricultural and trade policy frameworks that make wheat production cost-effective and attractive for farmers, and 4) Reinforcing information, marketing, transportation and value-add infrastructures within growing areas that improve linkages among farmers, processors and consumers.
Production Costs
Labour requirements for seed multiplication of wheat are low since the crop is self-pollinating and doesn’t need elaborate field operations, making it less costly than maize that is open-pollinating. For the production of certified seed a normal or slightly lower planting rate of 50-75 kg/ha is used as it increases the multiplication factor and improves seed quality. The cost of seed that is treated with fungicide to enhance germination rates is ranging from US $35 to 45 per ha. Cultivating wheat for seed or food necessitates input of mineral nitrogen, phosphorus and potassium fertilizers which costs US$ 45 to $155 per ha, and spraying with herbicides and insecticide which cost US $37 to $105 per ha. Small-scale farmers in low input wheat production systems are typically spending a third of the investment as commercial farmers in high input systems but results in respectively greater grain yields and nutritional values.
Customer Segmentation
Seed manufacturers and multipliers, Commercial and small-scale wheat growers
Potential Profitability
Major gains in yields and resilience can be made by cultivating heat and drought tolerant wheat varieties that offer large opportunities for increasing the incomes of commercial and small-scale farmers in Sub-Saharan Africa. It is estimated that a ten-fold rise of the cultivated area with heat tolerant wheat in Africa will create more than 200,000 new jobs and double the income of farmers. In Senegal alone, countrywide scaling of the newly developed high-yielding climate-resilient wheat varieties could yield up to 600,000 ton of extra food that would generate roughly US $180 million in additional revenue for farmers without affecting the production of other crops. Providing access to seed technology that protects wheat crops from heat and drought stress is having large benefits for policy and trade as the improved domestic wheat production allows to wane off massive dependency on imports.
Licensing Requirements
The production of basic seed and certified seed for heat and drought tolerant wheat varieties to sell to farmers is subject to standards and procedures as part of licensing schemes and national plant protection regulations. Private and cooperative enterprises wishing to multiply seed materials for these improved wheat varieties can do so by entering into a technology transfer agreement with breeding centers.
Innovation as Public Good
Heat and drought tolerant wheat varieties have been developed and released as Regional Public Goods by International Center for Agriculture Research in the Dry Areas (ICRARDA), which makes that the cultivars can be multiplied and cultivated without attracting royalties. 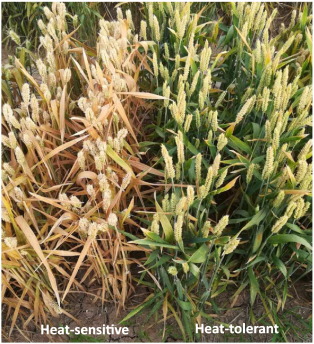 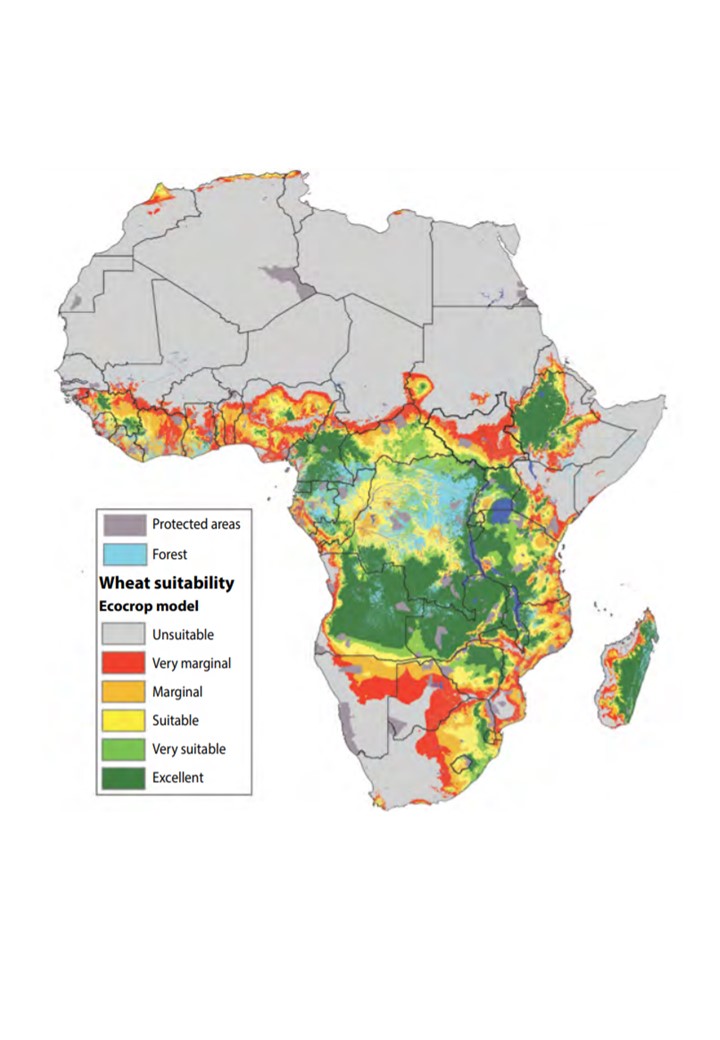