Grain yields of wheat strongly decrease when the crop is exposed to high diurnal temperatures at any point during its growth cycle and this occurs frequently in the hot rainy seasons when wheat is traditionally cultivated by farmers across the dry lowlands of Sub-Saharan Africa. Heat events in this time of year have become more regular and more intense because of global climate change, whereby exacerbating the risk of yield losses and crop failure for farmers. Growing wheat during the cool season in African dryland belts, referred to as winter production, avoids that the crop gets exposed to the adverse effects of heat stress. The cooler weather during this time of year however makes that limited amounts of precipitation are received and consequently irrigation systems need to be in place for wheat crops to grown up to their full potential. Investments for water lifting and drip feed infrastructure are profitable in the short term because winter production ensures stable high levels of wheat grain yield and quality. This way the innovation allows to build a food value chain that is resilient to climate shocks and to expand the cultivation of wheat across non-traditional growing areas of drylands. Examples of winter production in several breadbasket regions of Africa prove that it has major scope to improve self-sufficiency in wheat, and reduce food insecurity and expensive importations.

Farmers in the African dry lowland belts traditionally cultivate wheat during the ‘summer’ season because this is the only time of year when adequate rainfall is received for producing the staple crop without irrigation. However, high mean diurnal temperatures of 33-36°C and extreme heat events with temperatures above 45°C occur in the summer season that acutely reduce the growth rate and damage tiller formation of wheat, even for improved varieties bred to withstand heat stress. By cultivating wheat in the ‘winter’ season of the Sahelian and Sudanese zones the risk of heat-related yield loss is drastically slimmed down as mean temperatures are lower at 20-25°C and spikes of more than 35°C are rare. To compensate the scarcity or lack of rainfall during the winter-time of dry lowland areas it is typically necessary to supply wheat crops with 300-500mm of water through irrigation. By ensuring favorable temperature and moisture regimes the winter production of wheat can realize substantially larger grain yields than is the case with traditional non-irrigated cultivation during the hot rainy season. The advantageous growing conditions make that wheat crops reach harvest maturity within 90 to 100 days which results in notable lower risks of pest infestation. Irrigated winter production of wheat enables farmers to grow a legume, cotton or rice crop in the hot season, and opened up new areas for productive cultivation.

There is very large potential for irrigated winter production of wheat in the dry sub-humid and semi-arid belts across the lowlands of Western Africa, Horn of Africa and Southern Africa since these regions face high temperatures and regular heatwaves during summer season. Wheat farmers in the Eastern African low-altitude and mid-altitude highlands where the hot rainy season sporadically experiences above normal temperatures and heat events can also eliminate weather-related risks by cultivating the crop during the dry cool time of year. Strategic planning and deployment of irrigated wheat production in the cool seasons of Africa’s breadbasket areas is of great importance to achieve wheat self-sufficiency under rapidly warming conditions and more frequent heat.

Winter production of wheat in Africa can be performed with spring bread varieties if more than 450 mm of water in supplied through irrigation and rainfall, whereas spring durum cultivars need to be used when the supply of water is 250 to 450 mm. Heat-tolerant wheat varieties can be used in years when elevated temperatures and heat waves are predicted to occur during the cold season, while common spring wheat cultivars may be grown under normal weather conditions. The type of irrigation that farmers will put in place for winter production of wheat depends on the available water sources and topographic position of fields. In broad terms, they have a choice between passive gravity-based systems that divert rivers via canals and dams, or active levitation systems that draw from surface and underground reservoirs through water pumping systems.

The window for growing wheat in the winter season of African drylands is rather narrow since cooler temperatures last only 2-3 months and because delays in cultivation during the rainy season would prevent farmers from harvesting two or three crops a year. It is necessary to use super-early maturing wheat varieties and plant fields less than 14 days so that the production cycle is completed within 80-100 days from the start of winter. Before tillage and sowing can take place the land has to be irrigated, which can either be done by opening a dam that collected water during the rainy season or by pumping it from nearby rivers. Soils are ploughed and leveled by hand, animal or tractor at which stage farmyard manure or other organic resources get incorporated. Planting seed is done in lines or holes as it allows effective control of weeds and even distribution of water. Inputs of mineral fertilizers need to be made at planting and possibly before the onset of flowering in line with local recommendations. Soil moisture levels need to be closely monitored and fields have to be irrigated on time through flooding, drip systems or tractor-mounted sprayers so that ideal growing conditions are maintained.

Startup Requirements
Winter production can be successfully expanded across African wheat growing areas if these provisions are made: 1) Educating farmers and investors about the cost of involved assets and operations as well as the value of increased crop yield, land use and climate resilience, 2) Providing access to quality seed of improved varieties, affordable irrigation systems and technical advisory on their implementation, and 3) Linking producers with offtake markets and food processors through a well-integrated value chain to warrant stable profitable returns.
Production Costs
The main expenses for winter production of wheat in dryland farming systems include the installation and maintenance of irrigation systems, the purchase of improved seed, mineral fertilizers, animal manure and chemical control agents, and the labour for land preparation, planting, weed management and harvesting. Farmers may also incur costs for the construction of reservoirs to store unused water in summer time, and also for the payment of licenses and fees to extract surface water or groundwater. High prices of irrigation water and low use efficiencies are substantially driving up the cost of winter production and can make it financially unsustainable. Winter production using surface irrigation in the Nile river delta of Sudan has been shown to bear a total cost of US $373 per hectare, with 19% going to irrigation. The investments for constructing dams, reservoirs and pumping stations get shared between the winter and summer cropping phases, and can be spread over multiple years.
Customer Segmentation
Associations of small-scale wheat farmers, Commercial producers
Potential Profitability
Irrigated winter production of wheat in the dry lowlands and highlands of Africa is known to realize grain yields of 4 to 6 ton/ha, while rainfed summer production reaps only 3-4 ton/ha during favourable years and less than 2 ton/ha in case heatwaves and drought spells occur. Cultivating wheat in the dry cool season under irrigation can replace the traditional unproductive fallow period on 7.2 million ha of rice paddies across West African countries. The technique also makes it possible to expand wheat production into untapped irrigable land, with a potential of 330,000 hectare along the Senegal and Niger River in Mali, and 108,000 hectare in Mauritania alone. Irrigated winter production of wheat in Senegal could displace the US $55 million annual durum imports and growing wheat in the fallow period of all rice paddies in the country would allow to fulfill the national demand and export to neighboring countries at a lower price than now is the case.
Licensing Requirements
Approvals from national and local regulatory agencies have to be obtained for installing irrigation equipment and extracting water from rivers or groundwater so that winter production of wheat can take place. The multiplication and sales of improved bread and durum wheat cultivars for the cool dry season may be subject to licenses from breeding institutions and governments.
Innovation as Public Good
Techniques for winter production of wheat in drylands are a Regional Public Good, and ICARDA has the responsibility of developing and disseminating knowhow about appropriate varieties and irrigation systems. The intellectual property of irrigation systems that are commercially marketed is owned by manufacturers. 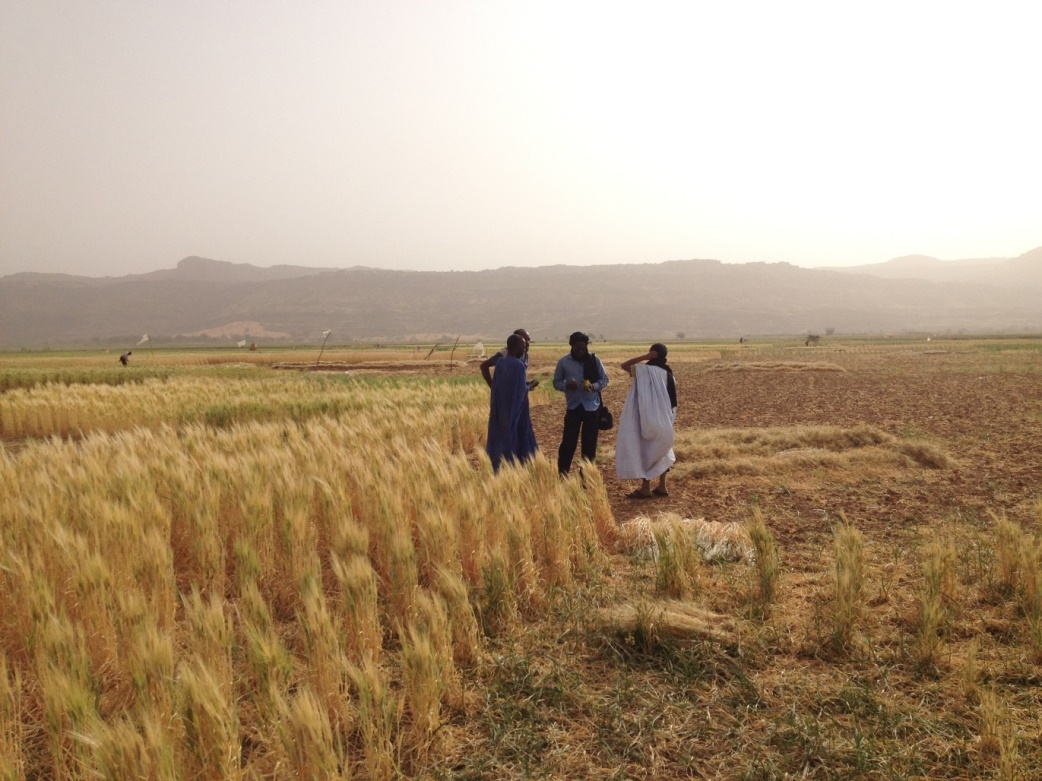 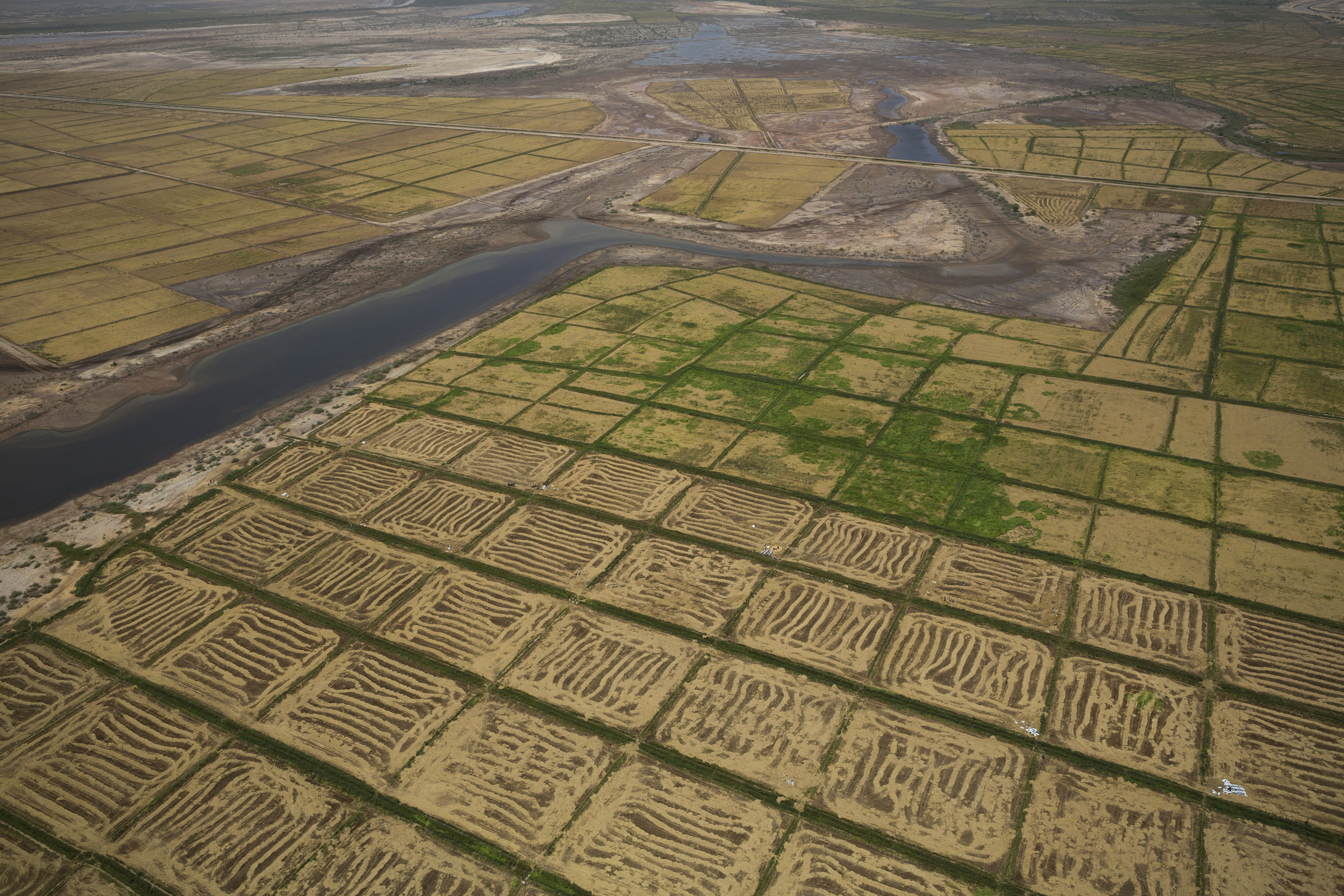